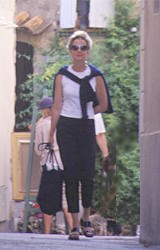 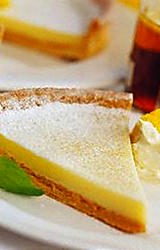 Last year after saying farewell to our final group of happy aroma travellers, Robbi and I spent several well earned days relaxing with our friends Jack and Sophie, whose family own the largest lavender farm in Provence. We stayed in their traditional "mas" (stone farmhouse), surrounded by sweeping fields of fragrant purple lavender with the Mistral blowing across the plateau.

On Saturday morning Robbi was up early - 'a woman on a mission' to visit one of Provence's most popular markets in the delightful village of Apt. Being one of the most popular and busiest markets, Robbi found it very difficult to find a park and so in true French tradition, gallantly parked her car on the nearest piece of footpath, just like a local.

She plunged into the market stopping only momentarily for a fortifying cafe au lait and to watch the colourful passing parade of characters. The market stalls wind their way through the town which is alive with boisterous merchants, musicans and people carrying baskets filled to the brim with fresh market produce.

All of our faces lit up in anticipation of the coming lemony delight and Robbi received a rousing round of applause.

As we were eating our lunch looking out across the lavender fields, Papa, the patriach of the family said to Jack with a hearty laugh, "Yesterday it was my 74th birthday, even I forgot". Jack ran over to the house and in the cellar found a fine bottle of champagne so that we could toast the birthday
boy. Most importantly though, Robbi had inadvertently saved the day by purchasing her tarte citron which turned out to be Papa's favourite dessert.

Not only that, she had bought it from the most prestigious patisserie in the area. As the love of good eating is central to French culture, this raised Papa's estimation of Robbi's shopping prowess greatly.

And oh yes, the tarte citron? It was fantastic!